Who was Nicolas Denys? What current Chaleur region municipality was known as Nepisiguit? Learn the answers to these questions and so much more in this article.

Nicolas Denys was a French aristocrat who is credited with establishing many settlements in New France or Acadia (The Maritime Region) in the 1600s. One of those settlements was right here in our beautiful Chaleur region.

Denys settled in Nepisiguit (now the city of Bathurst) in 1669 when his home in St. Peter’s, Nova Scotia, was consumed by fire. He built a home and a small fort with palisades and six cannons at Pointe au Père - now known as Ferguson point at the Gowan Brae golf course in Bathurst. 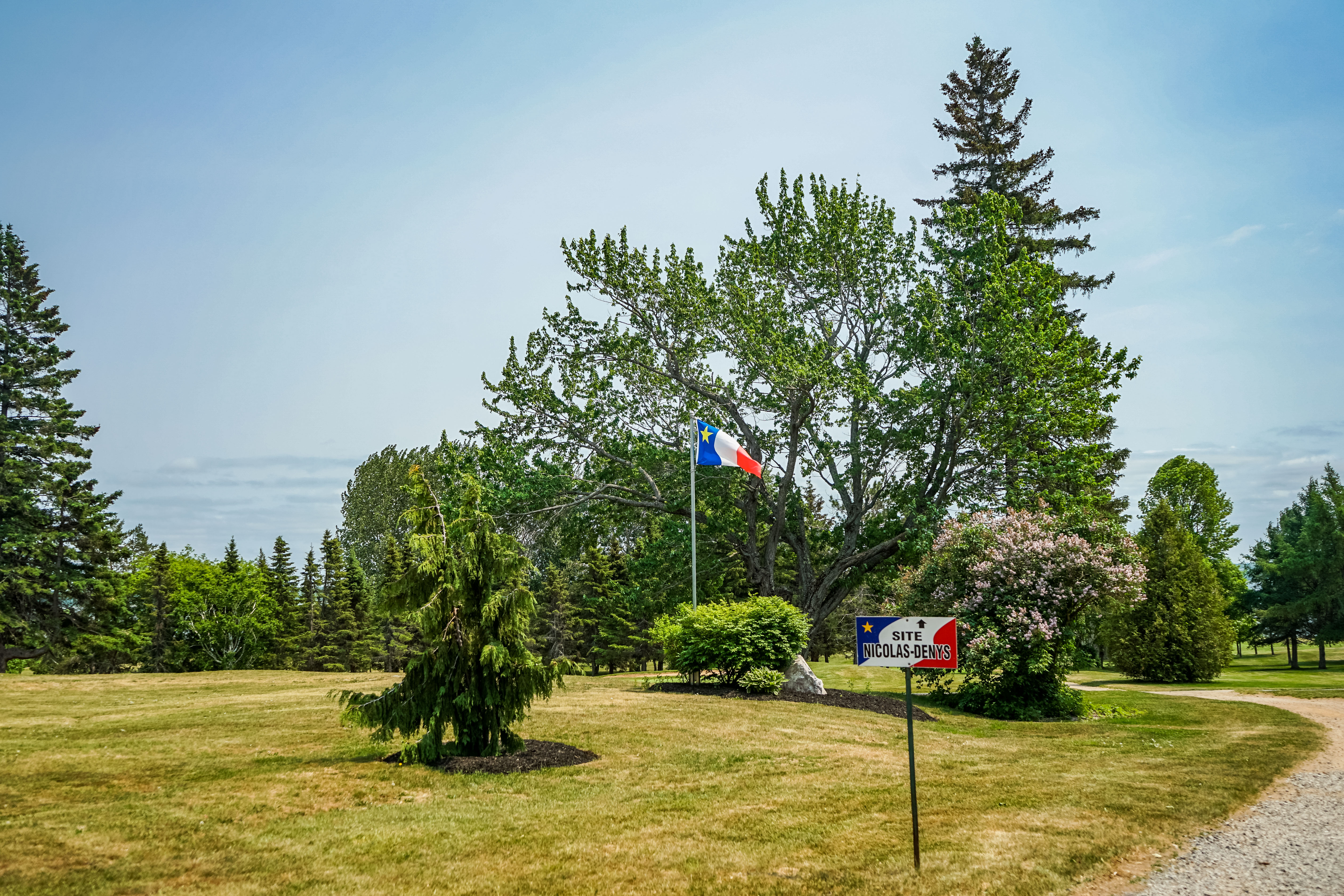 Site in memory of Nicolas Denys located on the current Gowan Brae Golf Club in Bathurst, where Denys is rumored to have been buried.

At Nepisiguit, where he was a trusted friend and ally of the local Mi’gmaq people, Denys established a successful fur trading post and a small fishery. Nepisiguit was also the site of the first church built in Acadia during the mid-1600s.

He travelled back and forth from Paris and, in his final years, he retired to his Nepisiguit home and turned his attention to writing.

He spent almost 20 years writing about his experiences in New France/Acadia before his death in 1688. His two-volume study, “Description géographique et historique des costes de l’Amérique septentrionale : avec l’histoire naturelle du païs”, is considered to be one of the most valuable accounts of Acadia produced in the 17th century.

His accounts of the First Nations people, the land and the waters of Nepisiguit are some of the best ever documented that are still studied by historians and scholars to this day.

It is rumored that Denys is buried at Pointe au Père along with a few Jesuit priests in unmarked graves next to the church site. The role Nicolas Denys played in making good relationships with the Mi’gmaq people at Nepisiguit, settling and establishing a trading post, opened the door for other French settlers to come to Nepisiguit and make it their home. 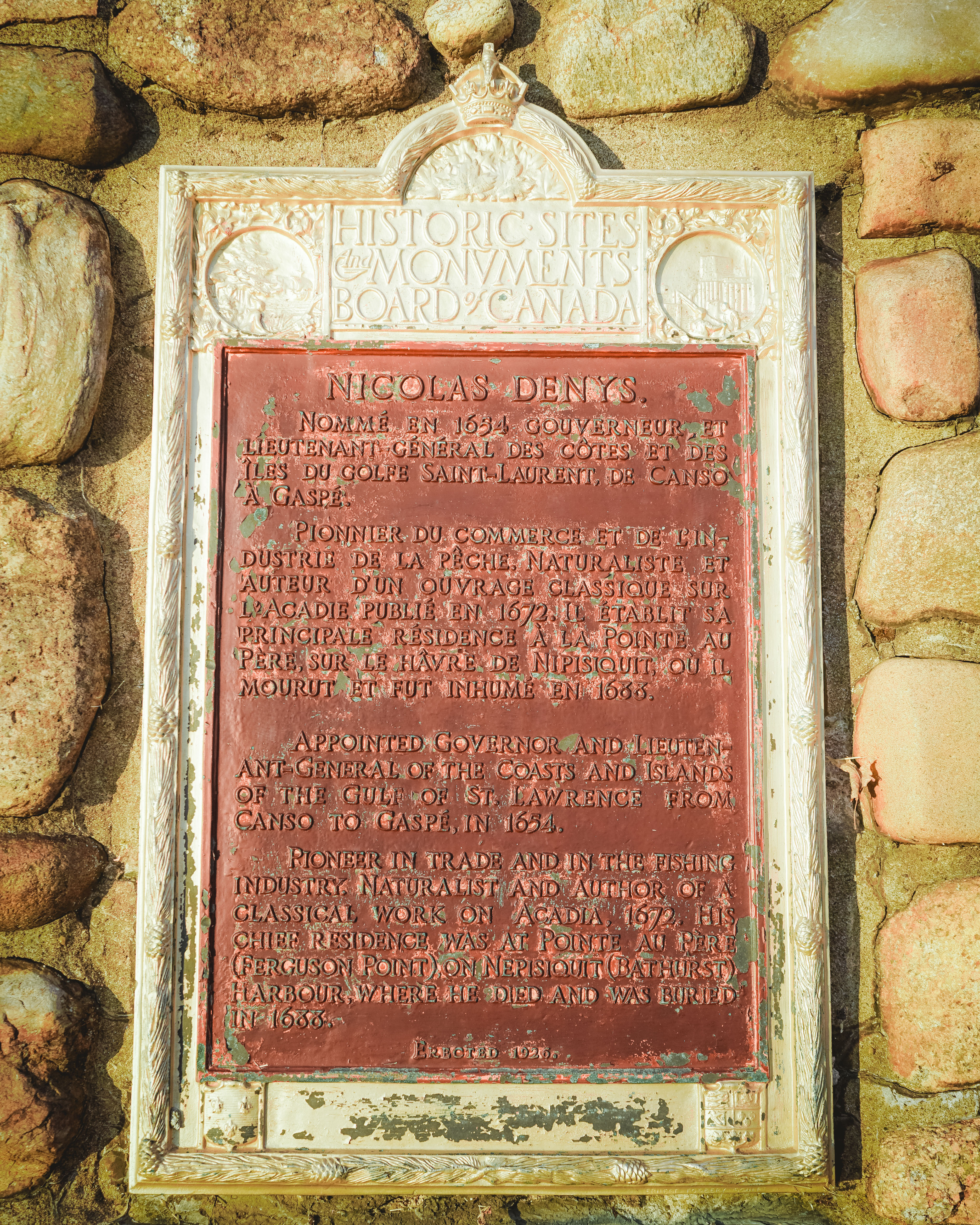 A monument honoring Nicolas Denys that can be found in Bathurst, at the intersection of Main, St-George and Murray streets.

Nowadays, there are still several recalls of Nicolas Denys in the Chaleur region. It was mentioned earlier in the article that Gowan Brae Golf Club has a site in memory of Nicolas Denys, a portion of the Local Service District of Beresford's Parish is known as Nicolas-Denys and the building where the Bathurst Service Canada Centre is located is officially called "Nicolas Denys Building" to name a few.


Take your time. Fall in Love. 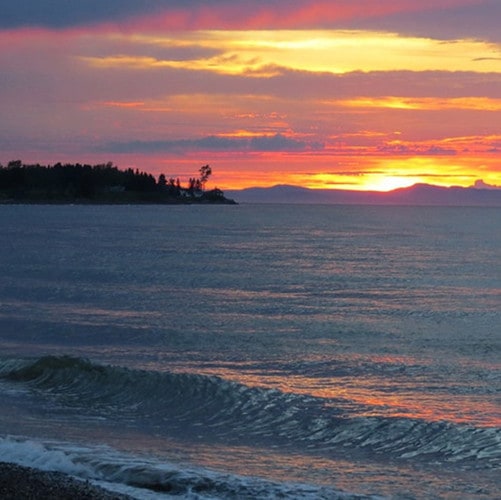 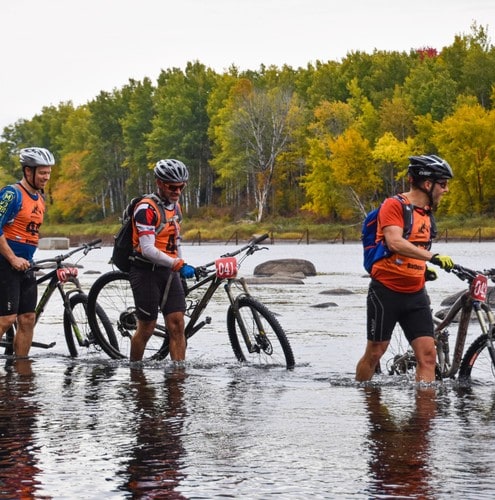 Sign up for our newsletter to get insider info and updates on all the great events and stories happening in the Chaleur Region.

Confirmation sent to your email